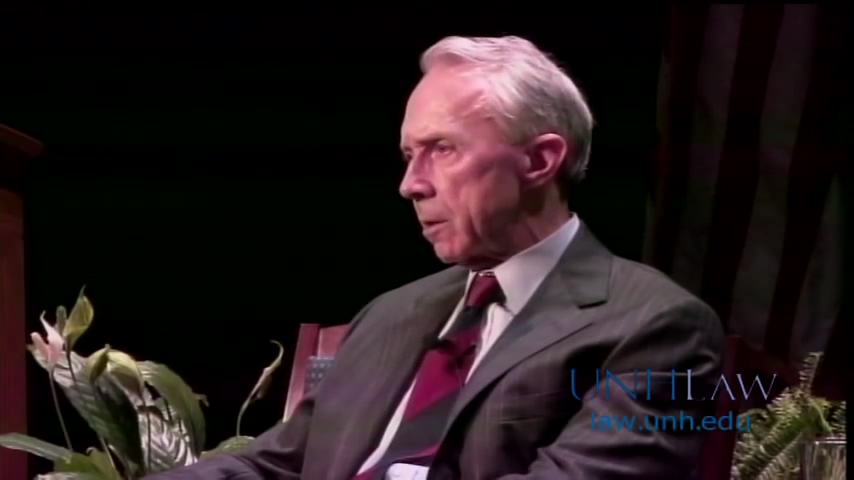 Former Supreme Court Justice David Souter’s answer during a 2012 open forum at UNH Law School was nothing short of prophecy for what was to come in 2016. And more greatly, he touches on the way to solve it, political literacy.

When asked about the decline of civics education in the schools and what effect that has on government, Souter launched into a lengthy answer that portended the rise of Donald Trump. Rachel Maddow featured this video in a longer report on her show.

The entire clip is worth watching, but if you just want the prophecy, skip to 4:00 or so. This is the transcript from that point forward below.

“But the reason I said I think it is the most significant problem that we’ve got is that I think some of the aspects of current American government that people on both sides find frustrating are in part a function of the inability of people to understand how government can and should function.

“It is a product of civic ignorance.

“What I worry about is a remark that Benjamin Franklin made and Susan Leahy quoted Jefferson at the beginning about how “an ignorant people can never remain a free people.”

“Democracy cannot survive too much ignorance.

“Franklin, in effect, had a comment to which the Jefferson comment is a kind of an answer or a response. You’ve probably heard this but it bears repeating.

“Franklin was asked by someone I think on the streets of Philadelphia shortly after the 1787 convention adjourned in what kind of government the constitution would give us if it was adopted. Franklin’s famous answer was “a Republic, if you can keep it.” (edited)

“What I worry about is that when problems are not addressed, people will not know who is responsible. And when the problems get bad enough, as they might do, for example, with another serious terrorist attack, as they might do with another financial meltdown, some one person will come forward and say, “Give me total power and I will solve this problem.”

“If we know who is responsible, I have enough faith in the American people to demand performance from those responsible.

“If we don’t know, we will stay away from the polls. We will not demand it. And the day will come when somebody will come forward and we and the government will in effect say, “take the ball and run with it.”

“That is the way democracy dies. And if something is not done to improve the level of civic knowledge, that is what you should worry about at night.”

Obama book offers key insight about how laws really get made