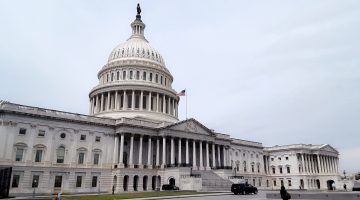 The United States looks set to overhaul the country’s anti-money-laundering legislation, after widely-supported provisions were officially included in a must-pass annual defense spending bill on Thursday.

The reforms, based on proposals by bipartisan groups of lawmakers from both the Senate and the House of Representatives, would mandate that companies in the U.S. report their ultimate owners to the Treasury Department, effectively ending fully anonymous shell companies.

The provisions will also see the U.S. strengthen its financial intelligence work, including bulking up the data collection of the Treasury’s Financial Crimes Enforcement Network, known as FinCEN, and increasing international cooperation between financial crime units. The ownership data would not be made public.

The legislation was officially included in the final version of the National Defense Authorization Act for fiscal year 2021, a giant spending bill that usually passes with bipartisan support to ensure continued funding for national defense.

Virginia Sen. Mark Warner, a Democrat, said the inclusion of the anti-money-laundering legislation in the defense spending bill would help close “holes in our financial system [that] pose a serious threat to national security.”

“It is past time to put an end to the secrecy that allows drug cartels, human traffickers, arms dealers, terrorists and kleptocrats to exploit the United States’ banking system in order to carry out anti-American activities,” Warner said in a statement issued alongside fellow Democrat Doug Jones and Republican Mike Rounds, who co-authored the ILLICIT CASH Act that was used as the basis for some of the provisions.

The final legislation brings together numerous reforms of the financial system that have been proposed in recent years, and that have referenced a number of investigations into financial secrecy by the International Consortium of Investigative Journalists.

Most recently, ICIJ, BuzzFeed News and more than 100 media outlets published the FinCEN Files investigation, which exposed how banks continue to move dirty money for drug cartels, corrupt regimes, arms traffickers and other international criminals, and how a broken U.S.-led enforcement system allows it to happen.

Previous ICIJ investigations, including the Panama Papers and Paradise Papers, have also caught the attention of U.S. lawmakers and been used to push for reforms.

In the wake of the Panama Papers in 2016, President Barack Obama called for international cooperation to fight financial secrecy, and his administration issued a series of proposals to crack down on illicit transactions.

“There is no doubt that the problem of global tax avoidance generally is a huge problem,” Obama said at the time. “The problem is that a lot of this stuff is legal, not illegal.”

Following the release of the defense spending bill on Thursday, advocates hailed the new legislation as a “historic” moment in the fight for corporate transparency and accountability.

“Experts routinely rank anonymous shell companies — where the true, ‘beneficial’ owners are unknown — as the biggest weakness in our anti-money laundering safeguards,” said FACT Coalition executive director Ian Gary in a statement. “It’s the single most important change Congress could make to better protect our financial system from abuse.”

In a statement, advocacy group Transparency International said “outdated” laws in the U.S. made it easy for corrupt politicians, terrorists and criminals from around the world to gain a foothold in the U.S. financial system.

“Up until now, the U.S. was the easiest place in the world to set up anonymous companies where corrupt officials and other bad actors hide stolen money,” the statement said. “This bill strengthens our defenses against those who would do us harm and protects our financial system by creating important new tools to combat illicit finance.”

The bill could be be passed by the end of the month, when it will head to the White House to be signed into law. While the corporate transparency and anti-money-laundering proposals have had support from the White House, President Donald Trump has threatened to veto the bill over provisions unrelated to financial secrecy.

Spencer Woodman contributed to this report.

The post US poised to overhaul the country’s anti-money laundering legislation appeared first on ICIJ.