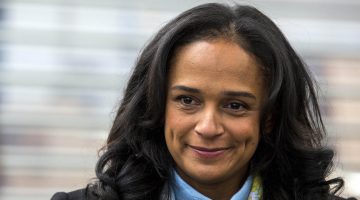 The Securities Market Commission, CMVM in Portuguese, investigated nine auditing companies that worked with dos Santos following the publication of the Luanda Leaks investigation in January, which was led by the International Consortium of Investigative Journalists.

The regulator discovered cases in which auditors had not stopped possible money laundering, according to the newspaper Publico. In other cases, auditors did not report suspicious transactions to Portugal’s financial intelligence unit as required when auditors had “sufficient reasons” to suspect that transactions “could be related to funds from criminal activities,” CMVM said.

The regulator also identified situations in which auditors failed to identify parties to transactions, lacked adequate documentation to show “economic substance of underlying transactions” and did not maintain ”professional skepticism,” as required by law.

CMVM recommended its findings be sent to Portuguese prosecutors for possible future criminal investigation, according to Expresso.

Lawyers for dos Santos said in a statement that the regulator’s report points to possible illegalities by auditing companies, not dos Santos herself.

Dos Santos’ lawyers said that her companies “were clients in good faith and trusted the curriculum and professional capacity of these audit companies and will be the first to be interested in clearing up any irregularities,” according to a statement published by SIC Notícias.

The Luanda Leaks investigation, based on 710,000 files shared with ICIJ by the Platform to Protect Whistleblowers in Africa, revealed how Western financial firms, lawyers, accountants, including in Portugal, helped dos Santos and associates move hundreds of millions of dollars in public money out of Angola, one of the poorest countries in the world.

Dos Santos was subsequently charged with money laundering and embezzlement in Angola. Authorities in the southern African country, Portugal and the Netherlands have frozen assets of dos Santos and her husband, Sindika Dokolo, pending the outcome of ongoing criminal and civil probes into deals ranging from diamonds to oil.