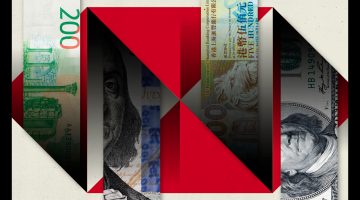 Italian authorities investigated a businessman suspected of laundering billions of dollars for mafia associates using banks in a dozen countries around the world, according to the anti-mafia unit of Reggio Calabria, in Southern Italy.

Roberto Recordare, an IT entrepreneur from the town of Palmi, is alleged to be the brains  behind the business dealings of several mafia groups, using fake identities and “special” bank accounts in countries at higher risk of money laundering.

On one occasion, the police report says, the businessman told unnamed foreign clients that he “managed 500 billions in funds” and he had 36 billion euros “cash” ready to be transferred.

The report, which includes screenshots from Recordare’s personal computer, photos as well as transcripts from wiretaps, doesn’t mention the purpose of the potential cash transfer.

Recordare, who has not been arrested nor charged, told the International Consortium of Investigative Journalists that he learned about the allegations from media reports.

In an emailed response to ICIJ, Recordare called the whole matter a “farce.”

The entrepreneur, known previously for sponsoring his local volleyball team, added that “it would be necessary to understand who gave me these billions, how they were initially injected into the banking system, and which are these accounts, as well as why [the police] don’t seize them if they have identified them.”

The officials declined to comment and it isn’t clear if there is an ongoing investigation.

Leaked documents included in the Paradise Papers trove and public documents show Recordare has two companies in Malta, Golem Malta Ltd. and Recordare Holding Ltd., both registered in 2014. He also owns companies in Italy and the U.K., according to media reports.

The investigators believe he laundered funds that “presumably” derived from illicit activities such as arms and drug trafficking, extortion and usury, the report says.

If proven, the records would provide a rare look into how such illicit money was moved across borders, in Dubai, Malaysia, Tajikistan and other countries.

They also show how difficult it is for authorities to track dark money flowing through international banks.

In September, ICIJ and 108 media partners documented numerous cases of banks shifting money for people they couldn’t identify and other shortcomings of a global banking system that struggles to keep up with suspected criminals who know the rules and how to skirt them.

The FinCEN Files investigation was based on 2,100 confidential bank reports obtained by BuzzFeed News.

According to the Italian investigators, Recordare opened bank accounts which didn’t use the standard International Bank Account Number system and were redeemable by the bearer of access keys, or codes.

The businessman, the authorities alleged, “looked for corrupt bankers able to move the money outside the European [banking] circuit to make it available on ordinary bank accounts, which were ‘concealed and protected,’” using a special procedure. This consisted of “downloading” the money at a “complacent” bank with the help of correspondent banks that were authorized to carry out the transactions.

Recordare told ICIJ that the “hypothetical bank transactions have nothing to do with the Mafia and relate to my consulting services for third parties … managed within international contexts.”

Watch: How money is laundered through New York banks

The police report says his main bank account was with Denmark’s national bank, an institution that some of Recordare’s collaborators viewed as risky because anti-money laundering rules mandate bank officers to flag suspicious transactions to the Italian authorities.

To avoid that, his partners were recorded suggesting using lawyers as nominees because attorney-client privilege allows them to avoid disclosing the identity of their clients, the real account owners.

“It’s like confessing to a priest!” one said in a taped conversation.

The businessmen wiretapped by the police also appeared to regard the London and Hong Kong branches of some banks as more secretive than others.

“In London, you can keep the money in the bank for, say, five years without anybody raising flags … at Barclays or HSBC,” one of them said, according to the report. “In London, you’d have to go there with a gun or they’d never speak … the problem is Denmark, not London.”

Both banks ー whose operations were examined as part of FinCEN Files ー said they are committed to fighting financial crimes.

The Italian police report also suggested that Recordare and his collaborators contemplated splitting the funds between many different accounts so that “if [the authorities] catch one, they won’t get the others.”

The records included taped conversations from October 2017 in which investigators said the businessman  “laughed about the fact that in Malta, where he had moved his company Golem Software S.r.l, and had several special bank accounts and various interests, ‘they were still picking up the pieces of that Maltese [woman]’,” referring to the journalist Daphne Caruana Galizia, who had been killed four days earlier.

Recordare denied laughing about such events.