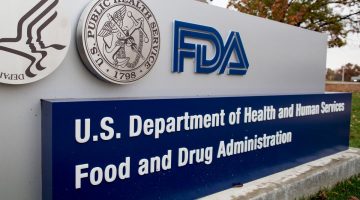 A French court has awarded a partial victory to Le Monde journalists by ordering a certification company to release information on some medical devices — a request the company had denied to protect trade secrets.

On Oct. 15, an administrative tribunal in Paris ruled that LNE/G‐MED, the country’s only medical device certification body, will have one month to give the reporters a list of medical devices it certified as compliant with European standards.

The court denied Le Monde’s request to access information about medical devices that LNE/G‐MED refused to certify or that are not yet on the market, saying it would “amount to revealing confidential information related to manufacturers’ business strategy.”

Such a judgment, Le Monde lawyer Patrice Spinosi said, “prevents journalists from investigating the ‘shopping’ strategies of manufacturers who, after being refused [certification] in France, would have their product certified in another European country and then market it freely on the French market.”

LNE/G‐MED didn’t immediately respond to a request for comment by the International Consortium of Investigative Journalists.

Le Monde reporters were part of the Implant Files, a 2018 investigation into the global medical device industry led by ICIJ.

I think trade secrets are irrelevant when it comes to informing the public on life and death matters such as medical implants.
— Stéphane Horel, Le Monde

In Europe, the Implant Files reporting team found that, for more than two decades, the European Union had allowed private, for-profit certification firms, known as notified bodies, to approve high-risk products, including pacemakers, stents, breast implants and artificial joints, as safe — often without any supporting evidence from human trials.

Legislation on the licensing and monitoring of medical devices in Europe was passed in 2017 and due to go into effect in May 2020. However, it was extended to May 2021 due to the COVID-19 pandemic.

Initial proposals centered around the idea of a centralized, EU-run medical device regulator, similar to the European Medicines Agency, but were opposed by industry lobby groups and many EU member states, Implant Files found.

As a result, the commission instead developed EU legislation that continued to rely on notified bodies that competed with one another to review and certify devices, receiving payments directly from manufacturers.

In May 2018, Le Monde reporters asked LNE/G‐MED — a for-profit public company attached to the industry ministry  — to provide a list of devices that had been given the so-called “Conformité Européenne” mark, which certifies that “essential requirements” on safety and environmental protections have been met. Similar companies in other countries like Germany and the U.K. maintain public databases of certified products.

The certification company refused to comply and the journalists appealed to the Committee of Access to Administrative Documents, an independent body in charge of overseeing access to administrative documents in France and Belgium.

However, the committee sided with the company and denied the journalists’ request, invoking for the first time a new trade secrets law that was passed following a EU directive.

Constance Le Grip, a French politician who was the rapporteur to the European Parliament on the directive, called the refusal “inappropriate,” according to EURACTIV.

“It’s a regrettable decision that goes against European and French legislation which entirely protects the work of journalists,” Le Grip said at the time.

The committee’s decision was only one of the many obstacles to freedom of information that Implant Files journalists from around the world encountered during their reporting.

Bayer to pay $1.6b to settle thousands of US Essure injury claims

In the Netherlands, for instance, authorities gave reporters heavily redacted documents on faulty medical devices to prevent damaging the government’s “relationship” with the manufacturers, they said.

In 2019, 36 organizations including journalists associations, lawyers and information freedom advocates announced they would join Le Monde in its court battle.

The trade secrets law, based on a EU directive on the disclosure of business information, was not supposed to prioritize corporate secrets over press freedom, Le Monde reported.

“It is essential that the exercise of the right to freedom of expression and information which encompasses media freedom and pluralism … not be restricted, in particular with regard to investigative journalism and the protection of journalistic sources,” the directive reads.

In last week’s ruling, the French court said it approved part of Le Monde journalists’ request in light of their goal to reveal possible failures of the medical device certification system and eventually alert the authorities and the public.

“Providing such information relating to medical devices already on the market contributes significantly to the public debate on a matter of general interest and also allows for better traceability of defective devices, in accordance with the public health objective aimed at ensuring the safety and reliability of medical devices,” according to the judgment partly published by the French paper.

“It’s a half-victory and therefore a half-setback,” Stéphane Horel, the journalist heading the lawsuit, said. “I think trade secrets are irrelevant when it comes to informing the public on life and death matters such as medical implants.”