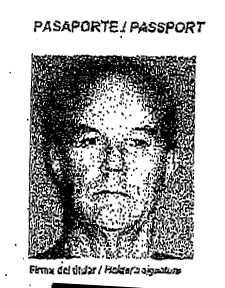 A U.S. federal judge has sentenced a taxpayer to four years in prison for crimes revealed by the Panama Papers investigation.

Harald Joachim von der Goltz, 83, was sentenced on Monday for wire and tax fraud, money laundering, false statements, and other charges. Von der Goltz, who was a U.S. resident until 2017, had earlier pleaded guilty. He is the first U.S. taxpayer to be sentenced following the Panama Papers investigation published in 2016 by the International Consortium of Investigative Journalists.

Between 2000 and 2017, von der Goltz conspired with others, including his Massachusetts accountant and lawyers from the former Panamanian firm Mossack Fonseca, to conceal assets and evade U.S. taxes. Von der Goltz falsely claimed that his elderly, blind mother owned his assets, prosecutors said. He recruited family members to evade their own taxes and he submitted false documents to U.S. officials, prosecutors said.

Von der Goltz’s offshore schemes were first revealed by the New York Times, which joined the Panama Papers collaboration for a second round of publications.

“It’s not even a close question that von der Goltz be incarcerated,” Judge Richard M. Berman said on Monday. “It can’t be that most of us pay our taxes, and 17% can willy-nilly disrespect the law,” Berman said, referring to government research about the scale of tax avoidance and evasion.

How could I have been so foolish? … Why not just pay the taxes from this, especially since it would not have been impacting my life or lifestyle?

Von der Goltz and his accountant, Richard Gaffey, caused the United States to lose $4.3 million in taxes and laundered funds totaling more than $5 million, prosecutors said during the hearing, which was broadcast on Skype.

“The public ultimately pays the tab for others who don’t,” Berman said.

U.S. prosecutors said that von der Goltz’s crime “was particularly egregious. This wasn’t a crime that involved shades of gray. It was a blatant fraud that involved doctoring documents and making false statements.”

An attorney for von der Goltz, who was arrested in London in 2018, asked that the octogenarian be spared prison based on his age, frail health and risks inside prison from COVID-19. “Any period of incarceration is likely to kill him,” the attorney said.

Judge Berman rejected the arguments. “It can’t be that you can commit so many crimes for such  a long period for such an excessive amount and then say, ‘I’m 83, pandemic, home confinement,’” Judge Berman said. “It’s just not in the realm of justice.”

Von der Goltz spoke to the court for six minutes before his sentencing.

“I’m here before you humbled and disgraced with a broken heart,” von der Goltz said. “As I stand here convicted of offenses against this great nation that I love, I can’t fathom any deeper humiliation to me or my family.”

“How could I have been so foolish?” von der Goltz said. “Why not just pay the taxes from this, especially since it would not have been impacting my life or lifestyle?”

“The simple truth is I broke the law,” von der Goltz said.

The post First US taxpayer sentenced to prison for crimes revealed by Panama Papers appeared first on ICIJ.