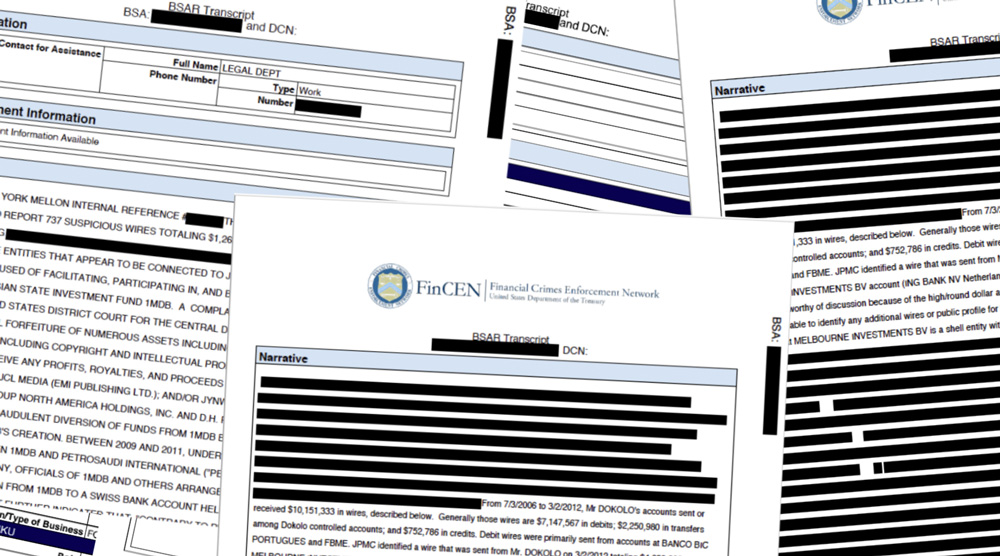 A former U.S. Department of Treasury employee convicted of leaking confidential bank intelligence documents to a journalist has asked a federal court for leniency, portraying herself in a court filing as a dedicated public servant and frustrated whistleblower who wanted to expose misconduct in the agency and protect national security.

In the filing, known as a sentencing memorandum, the attorney for Natalie Mayflower Sours Edwards says she believed sharing the confidential records with a journalist could pressure Congress to remedy what she believed were illegal and improper actions.

Among her concerns: that Treasury officials had illegally searched and stored banking data of U.S. citizens, and that her division, the Financial Crimes Enforcement Network, may not have been providing complete information to a congressional committee probing Russian interference in the 2016 election.

“Edwards not only believed that the people who were running Treasury were doing a very bad job, in her view some members of the Department were violating the law,” the filing in Manhattan federal district court says. “Policies and practices were putting American lives at risk. The privacy of the American people – an almost reverence for which had been imprinted on her during service . . . was not being respected.”

In the filing, Edwards’ lawyer says that BuzzFeed News reporter Jason Leopold encouraged Edwards to provide the documents to him, telling her that he would use information to write stories that would force Congress to investigate her allegations.

Edwards says that while Leopold encouraged her to share the SARs, she ultimately did so “of her own volition.” Leopold “did not force or trick her.”

BuzzFeed News published a series of reports in 2018 that appear to be based on leaked suspicious activity reports, or SARs, shared by Edwards. The reporting included new details about questionable money movements linked to Paul Manafort, the former Donald Trump presidential campaign advisor.

In September, BuzzFeed News, ICIJ and more than 100 news organizations around the world published a series of investigative stories known collectively as the FinCEN Files that chronicle persistent bank and regulatory failures to crack down on money laundering linked to terrorism, political corruption and other criminal activity. The investigation was based on more than 2,100 suspicious activity reports shared by BuzzFeed News with ICIJ. BuzzFeed News has not commented on the origin of those reports.

Edwards has pleaded guilty to unlawfully disclosing confidential Treasury documents. Her sentencing is scheduled for next month. The maximum sentence she could receive would be five years in prison.

“We stand unequivocally by Jason Leopold’s reporting and will have no comment on this case until after Ms. Edwards’ sentence is complete,” a BuzzFeed News spokesperson said in a statement. “We do not confirm or discuss confidential sources, but BuzzFeed News strongly supports the actions of whistleblowers who come forward with evidence of bad actors, misconduct, or neglect in our government.”

The filing by Edwards’ lawyers says she decided to make a career in government in the wake of the Sept. 11, 2001, terror attacks, wanting to do her part to protect the U.S. from similar assaults. Edwards was recruited to FinCEN in October of 2014, according to the filing, after jobs at the Central Intelligence Agency and the Bureau of Alcohol, Tobacco, Firearms and Explosives. At the CIA, she was detailed to the Office of the Director of National Intelligence, where she was characterized as “an exceptional staff officer,” according to the filing.

FinCEN attracted Edwards because it offered her more of an opportunity to play a role in shaping the office while allowing her to work from home, where she had a daughter to care for, according to the filing by her attorney.

In late 2015, the document says, Edwards became increasingly concerned that the Treasury Department may have been moving employees from FinCEN to another office without proper congressional authorization. Among her concerns was that the office, known as the Office of Intelligence and Analysis, had not properly sought authorization to collect information on people in the United States — and that the government was moving forward with such data-collection without adhering to basic safeguards.

Edward’s recent filing states that, after making repeated attempts to have the “impropriety” of the planned realignment addressed internally, she began sharing her concerns with congressional staffers. She eventually grew frustrated, the filing says, as she believed nothing was changing internally. In March 2017, she filed a separate whistleblower complaint. Meanwhile, the court filing says, she became concerned that FinCEN employees had become locked out of a system that allows government agencies to share information with each other — potentially hobbling their ability to provide information to law enforcement in the wake of terror attacks around the world.

Edwards also “grew to question,” the filing says, whether her agency was providing complete information to Congress in response to requests for information. “She was not alone in that belief,” the filing says. In May of 2017, Sen. Ron Wyden, a Democrat from Oregon, placed a hold on the appointment of a Treasury official pending the release to the Senate Intelligence Committee and Senate Finance Committee information related to Russia and its financial dealings with President Trump and his associates.

In the filing Edwards’ attorney acknowledges that leaking the records was illegal, and names Leopold, a veteran journalist known for breaking stories through aggressive use of the Freedom of Information Act, as the reporter who received them.

Throughout 2017 and 2018, Leopold told Edwards in WhatsApp conversations that he was committed to her cause of uncovering and remedying corruption in the Treasury department, according to the filing.

On one occasion, in October 2017, Leopold passed along a message from Wyden meant for Edwards, the filing says. “Please communicate to this Whistleblower that he or she has my full support and is a true champion of Justice. I and my staff will do everything in my power to help this person.” There’s no indication in the filing that Wyden suggested Edwards leak confidential materials.

“[Leopold] assured her that the only way to revive Congressional interest was through media attention,” the filing says. “At his encouragement, she provided him with suspicious activity reports (“SARs”) and other internal Treasury Department documents.”

Edwards was arrested in October 2018 after U.S. government investigators obtained permission to use a pen register, a form of surveillance, on Edwards’ cellphone, according to the criminal complaint. It showed she had exchanged hundreds of encrypted communications with a reporter.

ICIJ asked Wyden about the message to Edwards. A spokesperson responded, “Senator Wyden is deeply concerned about the politicization of FinCEN, and took Dr. Edwards’ claims very seriously. However, neither he nor his staff sought or received SARs from her.”

Since her arrest, the filing says, Edwards has suffered psychological, social, physical, and financial distress. She and her husband were forced to sell the family home, and move in with relatives.

The filing describes her as someone who had spent decades working to keep her country safe, support friends and family and preserve Native American traditions. The filing says that she was the first member of Virginia’s Chickahominy Indian Tribe to earn a PhD. More than 50 people, including law enforcement officers, former colleagues and family members, have written to the judge on her behalf.

The filing requests that Edwards be sentenced to time served, effectively ending the case.

In a blog post, Marcy Wheeler, a journalist who writes frequently about national security and civil liberties, wrote that she found the filing notable.

“It is probably the most convincing example of a whistleblower-turned-leaker telling her story to explain why she did what she did. And while she was charged under a different statute than the Espionage Act — there’s a specific law prohibiting the leaking of SARs — it is a laudable effort to make a public interest defense.”