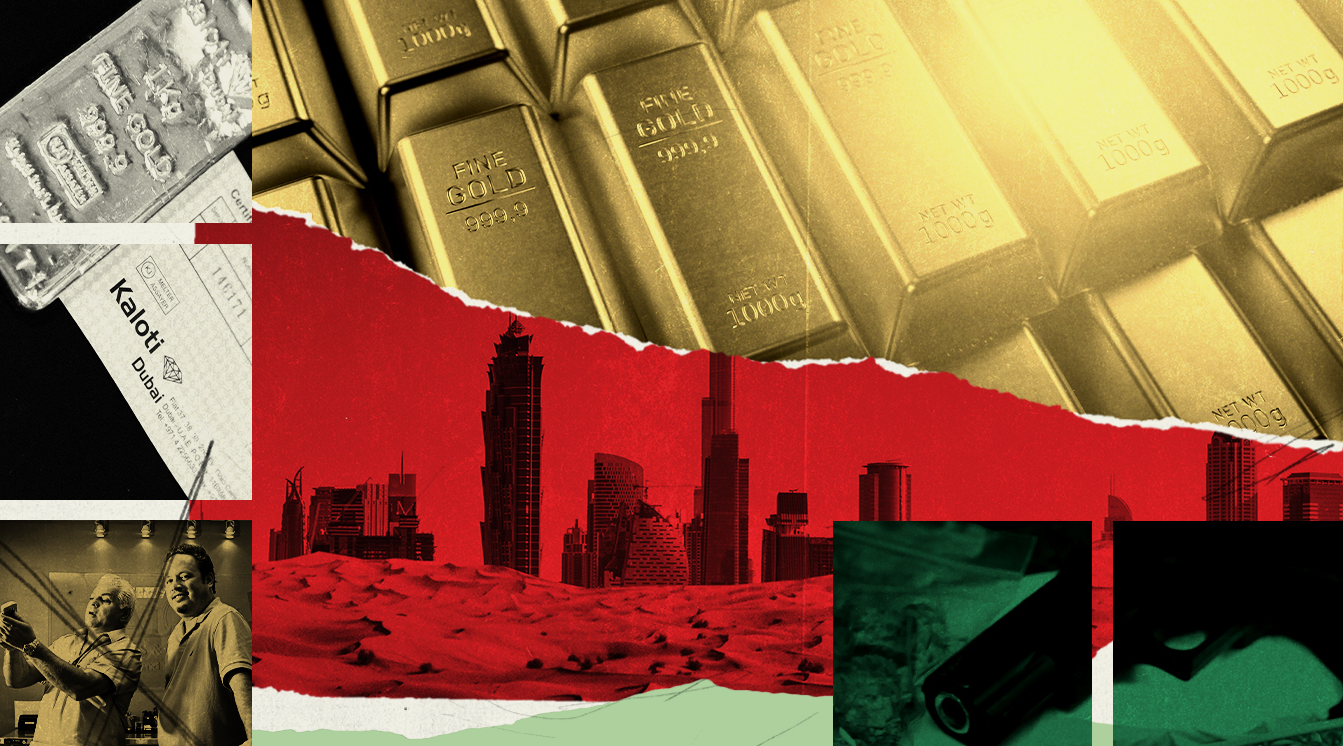 Gold companies are involved in roughly a quarter of all suspect transactions across the FinCEN Files, a global investigation based on secret documents that shed light on how banks and regulators have failed to stop the flow of dirty money.

The documents, known as suspicious activity reports, were obtained by BuzzFeed News and shared with the International Consortium of Investigative Journalists and 108 media partners. They show the movement of more than $2 trillion in payments that banks flagged as suspicious, including $514.9 billion in transactions involving gold companies. Gold is a favored vehicle for laundering money and has long been seen as a key vulnerability in the global fight against financial crime. Suspicious activity reports, or SARs, reflect the concerns of bank compliance officers and are not necessarily indicative of any criminal conduct or other wrongdoing.

Here are the gold-related FinCEN Files stories from ICIJ’s media partners across the world.

Alloycious C. David, a freelance journalist with Liberia’s Daily Observer, reported on suspicious transactions involving a local gold company called Golden Vision Trading. In 2013, Standard Chartered Bank filed a suspicious activity report on more than $11 million in transactions involving the company, in part because some of the transactions were in round dollar amounts, which the bank wrote is a “known vehicle for money laundering.” A spokesperson for Golden Vision Trading said there was no reason to be suspicious of these wire transfers or any aspect of the company’s business.

Asia and the Middle East

In India, Shyamlal Yadav of The Indian Express reported on dozens of transactions banks flagged as suspicious between Dubai-based gold trader Kaloti and Indian companies. Indian authorities seized gold from one of these companies, Surana Corporation, in 2013 for alleged violation of import laws, although the investigation was later closed due to insufficient evidence. Kaloti said it had ceased trading with Surana Corporation in 2013 and never exported gold to the company.

Krishna Acharya, Ramu Sapkota and Shiva Gaunle of the Centre for Investigative Journalism, Nepal and Mohammad Komani of Jordan-based ARIJ also delved into the gold trade.

Watch: FinCEN Files partners share what collaboration means to them

FinCEN Files stories from around the globe

Sylvain Besson, Christian Brönnimann and Oliver Zihlmann, reporters with the investigative unit of Switzerland’s Tamedia, reported on divisions among Swiss gold refiners over concerns about the Swiss refiner Valcambi’s business relationship with Kaloti. (Please note: This article may not be accessible from the United States, but U.S. readers can see a related story here.) ICIJ, Tamedia and other media organizations reported on a previously undisclosed U.S. investigation into Kaloti for alleged involvement in money laundering, as revealed by the FinCEN Files. Kaloti denies any allegations of wrongdoing.

In the United Kingdom, BBC Panorama’s Andy Verity also reported on the U.S. investigation into Kaloti.

In Colombia, journalist Pilar Cuartas Rodríguez, reporting as part of a collaboration between El Espectador and CONNECTAS, wrote about CIJ Gutiérrez, a gold company at the center of a money laundering investigation, and the Colombian bank Bancolombia. Colombian prosecutors were concerned about a special Bancolombia procedure that allowed CIJ Gutiérrez to deal in large sums of cash, which is harder to trace, El Espectador and CONNECTAS reported. Bancolombia has not been accused of any wrongdoing and lawyers for individuals associated with CIJ Gutiérrez have insisted that their clients are innocent. Banks flagged transactions involving two major gold companies with whom CIJ Gutiérrez did business, the FinCEN Files show.

Convoca’s Miguel Gutiérrez in Peru and El Deber’s Nelfi Fernandez, Gustavo Jiménez and Lizeth Vargas in Bolivia also dug into the links between the gold trade and the FinCEN Files.

These are just a few of the reports that came out of the FinCEN Files collaboration. You can find more links to our partners’ coverage from around the world here.

The post FinCEN Files investigations into the gold trade from around the world appeared first on ICIJ.