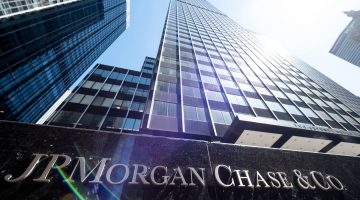 Prominent U.S. senators Bernie Sanders and Elizabeth Warren have joined watchdog groups and banking regulators in calling for a crackdown on dirty money and banks that profit from it in the wake of the FinCEN Files investigation.

Sanders and Warren, former candidates for the 2020 Democratic presidential nomination who both inspired strong support on the left, called for tougher consequences for banks and their executives who move money linked to crime and corruption.

In another tweet, Sanders wrote that money laundering, bribery and fraud were “routine business practices on Wall Street,” and called for the nation’s biggest banks to be broken up.

Sanders’ messages came less than a day after the International Consortium of Investigative Journalists’ release of FinCEN Files, a global investigation revealing how leading banks allowed trillions of dollars in tainted money to flow freely through the financial system.

Based on more than 2,100 secret reports filed by banks to the U.S. Department of Treasury and obtained by BuzzFeed News, the investigation included more than 400 journalists in 88 countries around the world.

Warren also called for a crackdown on banks that are complicit in the spread of dirty money, highlighting policy proposals that would strengthen the ability of law enforcement to combat white collar crime.

Warren called for the creation of a new unit in the U.S. Treasury Department to investigate financial crimes linked to the flow of dirty money. She also pushed for the passage of the Ending Too Big to Jail Act, a law she proposed in 2018 that would make it easier to hold Wall Street executives criminally accountable when the banks they lead engage in illegal activity.

“We must root out this corruption by strengthening transparency of financial networks and clamp down on the dark money that flows through the global financial system,” Warren said in a statement to ICIJ’s partners at BuzzFeed News.

Transparency groups and some banking regulators also called for reforms after the FinCEN Files’ release, although their proposals focused on changes to the anti-money laundering system rather than consequences for bankers.

“The FinCEN Files illustrate the alarming truth that an enormous amount of illicit money is sloshing around our financial system, and that U.S. banks play host and facilitator to rogues and criminals that represent some of America’s most insidious national security threats,” Rosenberg told the Wall Street Journal.

Rosenberg urged the passage of stronger transparency laws that crack down on the use of anonymous companies, which are often used for money laundering.

Legislation that would end shell companies by creating a national registry of the real, flesh-and-blood owners of all U.S. companies enjoys overwhelming support in both parties, but remains stalled in the U.S. Senate due to a packed schedule and partisan dysfunction, ICIJ reported in August.

The measure was approved by the House of Representatives as part of a must-pass defense spending bill, but was not included in the Senate’s version of the defense legislation. That means that its fate will be determined this fall when the two chambers reconcile their proposals.

Transparency groups including Transparency International and the Financial Accountability and Corporate Transparency Coalition called for the passage of a beneficial ownership registry as a key remedy to the problems revealed by the FinCEN Files.

“It’s time to overhaul our anti-money laundering system and prioritize the fight against illicit finance,” Clark Gascoigne, FACT Coalition interim executive director, said in a statement. “That begins this fall by enacting bipartisan legislation to end the incorporation of anonymous shell companies in the National Defense Authorization Act.”

In light of #FinCENFiles, Hodge said that “banks are complicit… and should face criminal sanctions on top of fines, and at the moment, they’re getting away scot-free.”