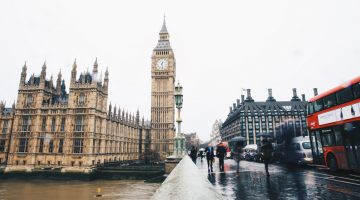 New York’s top financial regulator says banks and governments have allowed money laundering to “metastasize” inside the banking system and wrap itself “within the guts of financial institutions.”

In an opinion piece released days after the FinCEN Files investigation revealed sweeping failures by global banks to stop illicit money flows, Linda A. Lacewell, the superintendent of the New York State Department of Financial Services, acknowledged that “insiders” have long known that the financial system is “awash with trillions of dollars in dirty money.”

Efforts in the United States and other countries to prevent banks from waving through illicit funds largely rely on a system of self-reporting. Financial firms are required to file “suspicious activity reports” whenever they spot transactions that may be linked to criminal conduct.

But these reports, known in shorthand as SARs, have “become a free pass for banks,” Lacewell wrote in the op-ed, published in Law360, a legal industry news publication.

The International Consortium of Investigative Journalists, BuzzFeed News and other FinCEN Files reporting partners found that big banks often OK’d transfers of suspicious money but didn’t report these transactions to regulators until months or years later — after the money was long gone.

“I think what this set of articles did is put a spotlight on: ‘Is this system working?’” Lacewell said in an interview on Wednesday with ICIJ. “When you create something like ‘Well, here’s a form or document you must fill out under certain conditions,’ that can almost generate a false sense of security that ‘I’ve done what I need to do and everything is fine.’”

Because many big banks process global transactions through their offices and accounts in Manhattan, Lacewell’s state agency plays a big role in overseeing their operations and making sure they are working to combat money laundering. In July, for example, the agency forced Deutsche Bank to pay $150 million in penalties related to its banking relationships with convicted sexual predator Jeffrey Epstein and with two foreign banks involved in money laundering scandals.

When the profits exceed the fines, the business choice is easily corrupted.

But she is concerned that a lack of accountability can distort the risk-reward equation within banks.

“Individual bankers are rarely held accountable, so money laundering becomes a source of profits and bank fines become a cost of doing business,” Lacewell wrote. “When the profits exceed the fines, the business choice is easily corrupted.”

The FinCEN Files include more than 2,100 suspicious activity reports filed by banks and other financial firms with FinCEN, the U.S. Department of Treasury’s Financial Crimes Enforcement Network. BuzzFeed News shared the cache of reports with ICIJ, which organized a team of more than 400 journalists from 110 news organizations in 88 countries to investigate banks and money laundering.

The team’s investigation revealed that many global banks have continued to profit from suspect transactions even after U.S. authorities fined them for earlier failures to stem flows of dirty money. In all, an ICIJ analysis found, the documents identify more than $2 trillion in transactions between 1999 and 2017 that were flagged by financial institutions’ in-house compliance officers as possible money laundering or other criminal activity.

Lacewell says the widespread use of shell companies that paper over the identities of their real owners makes it hard for law enforcers and bank compliance staff to spot and intercept criminal funds. The SARs that banks file reflect as much: they are  “frequently riddled with the names of anonymous shell companies that make it practically impossible to determine the identity of the perpetrators,” she wrote.

As a first move in stepping up the fight against money laundering, Lacewell wrote, companies involved in financial transactions should be required to disclose who ultimately controls the companies and will benefit from the transactions.

Things won’t get much better, she wrote, unless bankers and regulators in the U.S. and around the work together to stop “this polluted cash from flowing freely through our networks.”

“If we don’t mandate and enforce compliance,” she wrote, “we are all complicit.”

She added that senior bank managers and bank boards of directors should be held accountable if they fail to create sustainable cultures of compliance.

“If compliance officers are continually flagging transactions that are worse and worse, then when it gets to the executive suite, it’s just pushed through, that is not a culture of a compliance,” Lacewell told ICIJ. “That is sending the message that we value pushing through the transaction — and getting the fees — more than dealing with the risk assessment of how corrosive this may be to our institution, to the financial system and to society.”

Do you have a story about corruption, fraud, or abuse of power?

ICIJ accepts information about wrongdoing by corporate, government or public services around the world. We do our utmost to guarantee the confidentiality of our sources.