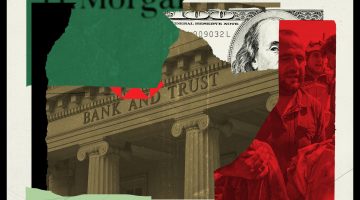 Mafia groups, terror financiers, arms dealers and sanction busters all featured in stories published by the International Consortium of Investigative Journalists’ European partners as part of the FinCEN Files investigation.

The FinCEN Files is a cache of classified documents largely made up of more than 2,100 suspicious activity reports, secretly sent by banks to a unit of the U.S. Treasury Department called the Financial Crimes Enforcement Network, or FinCEN.

Obtained by BuzzFeed News and shared with ICIJ and more than 100 other media organizations, the FinCEN Files detail suspect money flows of more than $2 trillion between 1999 and 2017.

Among the recipients, FinCEN Files showed, was Altaf Khanani, a notorious launderer who had allegedly moved money for criminal groups ranging from Mexican drug cartels to al-Qaida, reported the Danish Broadcasting Corporation, one of the ICIJ’s media partners.

Another recipient of funds laundered through the mirror trades was a Dubai company controlled by a key lieutenant of Vladislav “Blonde” Leontyev, a Russian mafia figure and drugs trafficker, Aftenposten/Berlingske and BuzzFeed News reported.

The majority of SARs in the cache of secret documents concerned transactions involving Deutsche Bank. Specifically, they focused on the U.S. arm of the German bank and the role it played in helping a roster of controversial small banks around the world process highly suspicious transactions in dollars.

Deutsche Bank helped more than 500 smaller banks around the world complete transactions in U.S. dollars on behalf of their customers, according to ICIJ’s German media partners WDR and NDR, .

One of Deutsche Bank’s competitors, Bank of America, became so concerned about the suspicious U.S. dollar transactions the German bank was helping to process that it requested a meeting. What happened when officials from the two banks met is disputed, but according to Bank of America, Deutsche Bank abruptly ended the discussion at its London offices and asked visitors from the U.S. bank to leave immediately. Soon after, Bank of America took the extraordinary step of secretly warning the U.S. Treasury of its fears about Deutsche Bank, describing the meeting in detail and naming senior executives at the German bank, reported BuzzFeed News.

Watch: How money is laundered through New York banks

FinCEN Files stories from around the globe

One intelligence assessment by FinCEN described the 54 shell companies that perpetrated the mirror trading scheme, noting that many held accounts at Danske Bank. A large number had something else in common, too: they were registered in the U.K. — nine of them at the same address in Potters Bar, a quiet commuter town north of London.

The BBC, an ICIJ partner, reported that this address was home to more than 1,000 companies but that no one had answered the door when reporters visited. The small office was among the most frequently cited in all SARs received by FinCEN, documents showed, helping place the U.K. among “higher risk jurisdictions” for money laundering, comparable to Cyprus.

ICIJ partners reported that several of the U.K. shell companies involved in the mirror trading scheme submitted false financial statements to the British corporate registry, known as Companies House. ICIJ’s Belgian partner Knack tracked down the man who signed many of these statements: a dentist living in a modest house on the outskirts of Brussels. He said he had never heard of the companies and his signature had been forged.

Several Dutch companies also played a vital role in the mirror trading scheme, according to ICIJ media partners Investico, Trouw and Het Financieele Dagblad — and did so as clients of the Netherlands’ ING Bank.

But the FinCEN Files revealed that the most popular bank for the mirror trade launderers was the Estonian branch of Danske Bank, which had been a hotbed of dirty money until its foreign banking operations were shut down in 2015, according to an independent report published by the bank in 2018. Estonian police named several former bankers two years ago as suspects in a criminal investigation into money laundering at the bank two years ago.

Using the FinCEN Files and a leak of police and bank files obtained by ICIJ’s Italian partner L’Espresso, reporters from Estonia’s Eesti Päevaleht and Organized Crime and Corruption Reporting Project were able to piece together the inside story of how Danske Estonia operated in close collaboration with secretive clients. The bankers even secretly ran a side business, helping bank clients set up anonymous shell companies, they reported.

Three years ago, American and British regulators fined Deutsche Bank $630 million for the role played by its Moscow and London equities trading desks in the mirror trading scandal between 2011 and 2015. But as part of its FinCEN Files reporting, ICIJ’s German media partner WDR revealed that, as recently as 2017, the German bank believed it may have unwittingly helped further laundering schemes involving mirror trading, according to suspicious activity reports.

Deutsche Bank wasn’t the only European lender with operations in the United States, busily helping smaller banks complete suspicious transactions for their clients. Others included British-headquartered HSBC, Standard Chartered Bank and Barclays Bank, according to U.K. media partners the BBC and Private Eye.

HSBC repeatedly moved money for a ponzi scheme, despite warning authorities that the funds were likely to be proceeds of a crime, the BBC reported. Meanwhile, Standard Chartered moved money which may have been linked to terrorists organizations, according to the BBC and Private Eye.

ICIJ’s Latvian media partner Re:Baltica used the FinCEN Files to trace payments to and from the business empire of Abramovich’s former business partner and fellow oligarch Oleg Deripaska. Much of his money flowed through a bank in Riga, Latvia’s capital city, called Expobank. Separately, one document in the FinCEN Files showed Expobank had processed more than $29 billion in suspicious transactions for its customers, many of them shell companies.

Other arms dealers featured in FinCEN Files revelations too. In 2017, Serbian arms manufacturers and traders sent and received a total of $13.6 million, flagged as suspicious in the FinCEN Files, according to ICIJ’s Serbian media partner Krik.

According to OCCRP, the FinCEN Files showed companies linked to controversial Ukrainian arms broker Iurii Lunov that were transacting through a bank account at Danske Estonia as late as 2014. Years earlier, Lunov had featured in a United Nations investigation into a high-profile foiled effort to ship armaments to North Korea, in breach of international sanctions.

Sanctions-busting also featured in OCCRP’s reporting on the activities of Reza Zarrab, the high-living Turkish money launderer who found numerous ways to circumvent U.S. efforts to block international trade with Iran. In one FinCEN Files document, a bank secretly reported that it had heard that Zarrab charged 8% for his services, OCCRP reported.

See more FinCEN Files reporting from Europe and stories from your country here.

The post A roundup of FinCEN Files reporting from Europe appeared first on ICIJ.

FinCEN Files reporting from across Africa