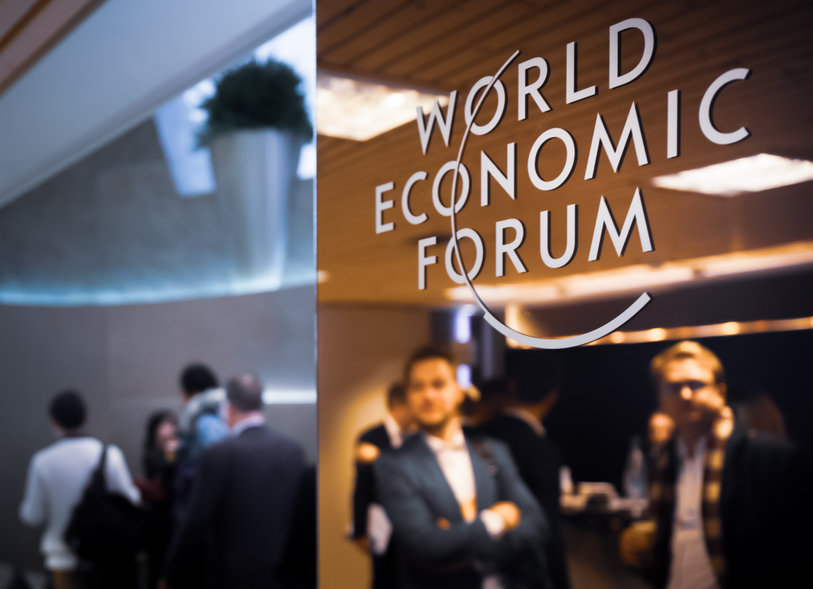 The most powerful men and women in the world have settled in Davos, Switzerland to participate in the World Economic Forum. The various forums are largely about the Russian invasion, inflation and taxes. But bitcoin and cryptocurrency are not neglected either.

According to Reuters news agency, the crypto companies dominate the Davos Promenade. This is a street near the convention center for dining and shopping. During the annual WEF, the promenade is traditionally taken over by banks and other major financial players.

This year it is the turn of the future. A lot of money has apparently been made during the bull market in the crypto sector as many companies can afford to be on the Davos Promenade. The aim is of course to convince politicians and business leaders of their project.

“A big step for the crypto industry because they were always anti-Davos,” an industry delegate told CNBC. That is especially true for bitcoiners, as bitcoin was designed in response to the failure of a centralized monetary world. With all the powerful people in Davos, WEF just radiates that they are for a central power. Bitcoin is not represented by anyone, but it is discussed often enough by participants in the WEF and on the Davos Promenade.

For example, the company Tether (known for stablecoin USDT) handed out free pizzas on the Davos Promenade last Sunday. This was in honor of bitcoin pizza day.

RollApp, which sells non-fungible tokens (NFTs), has set up an NFT shop on the high street to promote the digital collectibles. Speaking to Reuters and CNBC, attendees say the crypto sector has taken over 50-60 percent of the shops and bars on Davos Promenade.

But cryptocurrency doesn’t just play a role on the boardwalk, it starts on arrival. WEF visitors were bombarded with signs advertising stablecoin issuer Circle and crypto broker Bitcoin Suisse as they got off their plane in Zurich or trains in Davos.

But crypto was also discussed during the WEF. Jeremy Allaire, chairman and CEO of Circle Pay, and Brad Garlinghouse, CEO of Ripple, sat side by side on Monday to discuss remittances and digital money during a briefing. According to Allaire, the world is moving towards a situation where the concept of a cross-border payment sounds just as crazy as the concept of a cross-border email.

Billionaire and hedge fund manager Ray Dalio is also in Davos. He spoke about this on the American news channel CNBC and discussed various topics.

He expressed himself pessimistically about the US economy and the policies of the US central bank:

“The Federal Reserve will sell, individuals will sell, foreigners will sell, and the United States government will sell because it has to fund its deficit. There will be a supply/demand problem, which will result in a squeeze.”

“Cryptocurrencies in particular, I think blockchain is great,” Dalio said. “But let’s call it digital gold. I think digital gold, which would be a kind of bitcoin, is something that, probably in the interest of diversification to find an alternative to gold, has a small spot against gold and then against other assets.”

With that small spot he means the portfolios of investors. That this comes out of Ray Dalio’s mouth is telling. To illustrate who he is: in 1975 he founded his Bridgewater fund. Bridgewater is now the world’s largest hedge fund, with approximately $150 billion in capital. Since its inception, the fund has paid out $52.2 billion to investors, more than any other hedge fund in the world.

Yet you cannot (yet) compare Dalio with Michael Saylor. Dalio is not shouting from the rooftops that bitcoin is the best invention since the sliced bread. But it is noteworthy that his opinion on bitcoin has changed significantly since Davos 2020.He said at the time that bitcoin was not money because it did not act as a store of value or a medium of exchange. Dalio now holds bitcoin in his personal portfolio.

The post The role of crypto at World Economic Forum in Davos 2022 appeared first on CoinJournal.