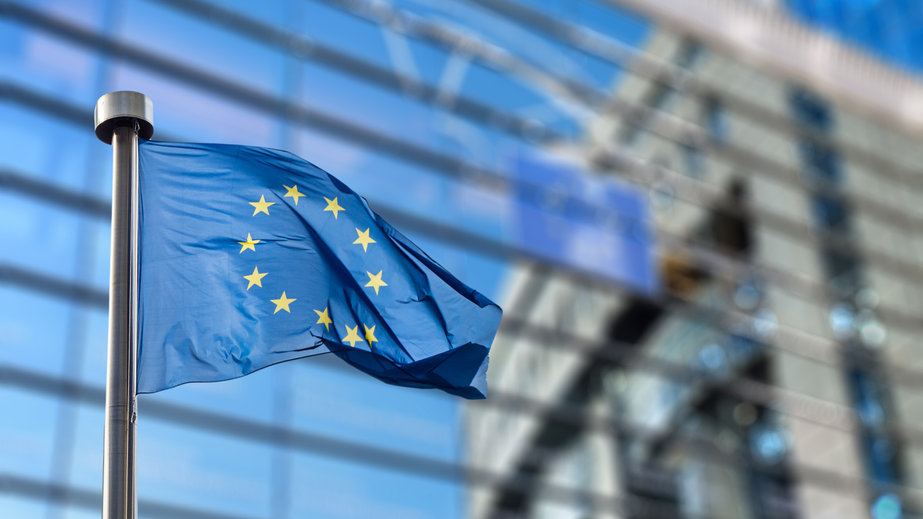 The European Union is eager to regulate the crypto market more strictly and, by extension, the European Central Bank has been critical of cryptocurrency. Chairman Christine Lagarde previously appeared on television, calling crypto worthless.

But do they know who the ‘enemy’ is? To map this out, the European Central Bank (ECB) recently published a report entitled ‘Decrypting financial stability risks in crypto-asset markets’.

One thing that is certain, and you don’t need a report for that, the interest in cryptocurrency has increased dramatically since the start of corona. Fortunately, that is also the conclusion of the ECB. They write that, despite the recent decline, the crypto market as a whole is seven times larger than it was in early 2020.

These surveys found that about 10% of households may own cryptocurrency. Interestingly, most of the owners reported owning less than $5,000 while only 6% claimed to have more than $30,000 worth of crypto. 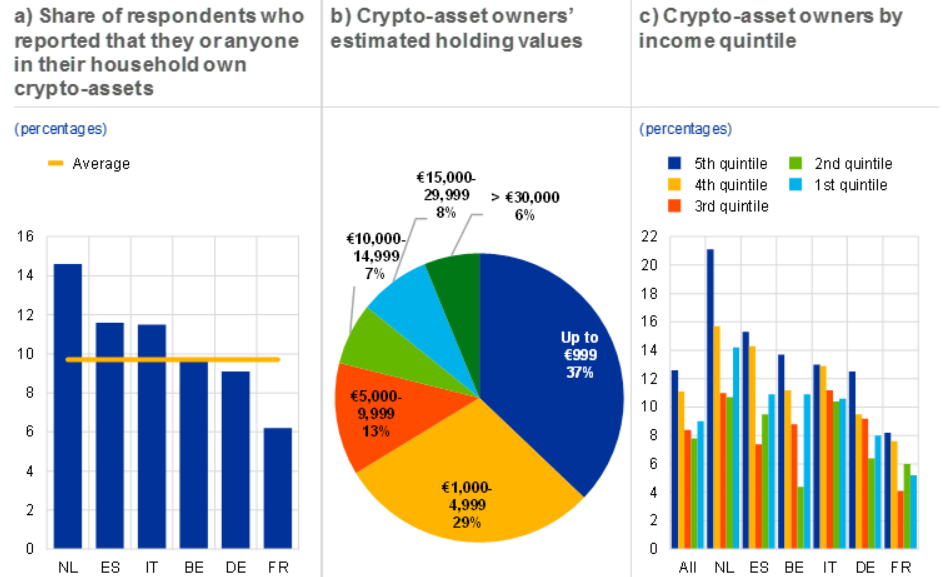 But who actually invest in cryptocurrency? These are mainly young adult men and highly educated people. And this is an interesting statistic: if their financial literacy ranks at the highest or lowest level, there is a good chance that someone will hold cryptocurrency.

The report does not only look at the role of consumers, but also that of institutional investors. They write that there was an increase in the correlation between cryptocurrency and stock prices during (and after) the market stress of March 2020, as well as during the declines in the markets in December 2021 and May 2022.

According to the report, this indicates that during volatile periods, the crypto market has become more closely tied to traditional risk assets, a trend that may be due in part to the greater involvement of institutional investors.

If we look at the past 15 days, it can be seen that bitcoin has not managed to stay above 30,000 euros, the bitcoin price is currently 37% lower than at the beginning of 2022. In the same 15-day period, the Shopify share fell by 76%, Snap crashed 73%, Netflix dropped 70% and even Cloudflare dropped 62%. These are all stocks of big tech companies, so maybe a little bitcoin in a portfolio isn’t such a bad idea. According to the ECB, there is certainly a demand for some bitcoin for their portfolio among institutional investors.

Fidelity Digital Assets also surveyed European institutional investors, with 56% reporting exposure to cryptocurrency. That is an increase of 45% compared to 2020. According to the ECB, this could be because government measures could have been interpreted as approval of crypto assets. For example, since July 2021, German institutional investment funds are allowed to invest up to 20% of their holdings in cryptocurrency.

This is made possible in part by the increasing availability of crypto-based derivatives and securities on regulated exchanges, such as futures, exchange-traded notes, exchange-traded funds and OTC-traded trusts, which have grown in popularity in Europe in recent years.

These products, along with clearing facilities, have made crypto assets more accessible to investors as they can be traded on traditional exchanges. This also ensures that the investor does not have to worry about the safekeeping and security of their crypto. Yet Europe is lagging behind the rest of the world, only 20% of crypto funds are located on our continent.

According to the report, institutional investors’ interest in cryptocurrency will only grow, but this will come with more risk. This is partly because European banks offer derivatives on crypto, without actually having the crypto in storage. These derivative crypto products track the performance of the various crypto quotes. The researchers say about this:

“Any crypto-based exposure of institutions, especially if the assets involved are unsecured, could put capital at risk, with potential knock-on effects on investor confidence, lending and financial markets if exposures are of sufficient magnitude.”

In order to contain these risks, and to protect investors from themselves (sigh), proposals for stricter regulation have been submitted. These still need to be approved.

One of the proposals included the Markets in Crypto-Assets Regulation (MiCA) to strengthen the markets and control regulatory uncertainties. The MiCA proposal was already published in September 2020 and has yet to be approved. This means that it will not be applied before 2024, as it is not expected to be applied until 18 months after its entry into force.

The post Crypto market 7 times bigger than before Covid appeared first on CoinJournal.