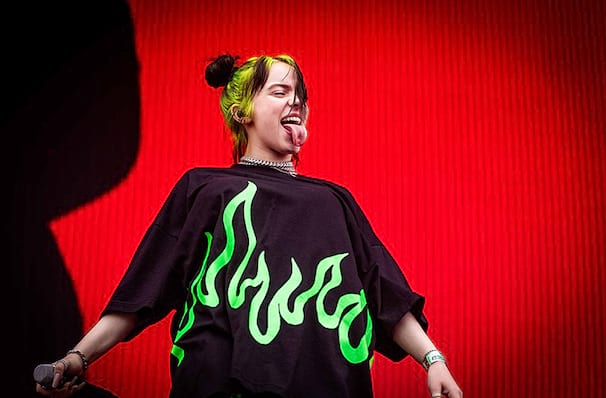 The five-time Grammy Award winner is on tour!

The Grammy award-winning popstress is heading out back out on tour in 2020! Having only just finished her When We Fall Asleep Tour Billie Eilish is back on the road for her Where Do We Go? World Tour! With her debut album, 2019’s “When We Fall Asleep, Where Do We Go?”, hitting the number one spot in over ten countries and garnering the 2020 Grammy award for Album of the Year Eilish has catapulted into superstardom with no sign of her being just a one-hit-wonder.

Eilish first turned musical ears when the song she wrote with her talented brother and on stage ally, Finneas went viral in 2015. “Ocean Eyes” was just a taste of things to come and heralded a bold, out-of-the-box pop persona that mixes avant-garde fashion and a tough-as-nails swagger, all tied up with an incredibly expressive and beautiful voice. Garnering five Grammy awards at the 2020 ceremony (Record of the Year for “Bad Guy”, Album of the Year, Best New Artist, Song of the Year for “Bad Guy” and Best Pop Vocal Album) Billie has proved that she’s no one-hit wonder! Don’t miss your chance to this superstar live!

Wherever Billie goes next, the world will be watching and drawn to her hypnotic live shows. And to be honest, she seems to be well up for whatever comes next.