Trailer Watch: An LGBTQ Teen Takes a Stand Against Her Conservative Town in “The Prom”

How Betty White is celebrating her 99th birthday in quarantine

“I know we all have stories to tell, and here’s mine,” says 17-year-old Emma Nolan (Jo Ellen Pellman) in a new trailer for “The Prom.” The Netflix musical sees the Indiana highschooler crestfallen after her school’s PTA goes “apeshit” about her plans to bring her girlfriend (Ariana DeBose) to the prom, banning the couple from… 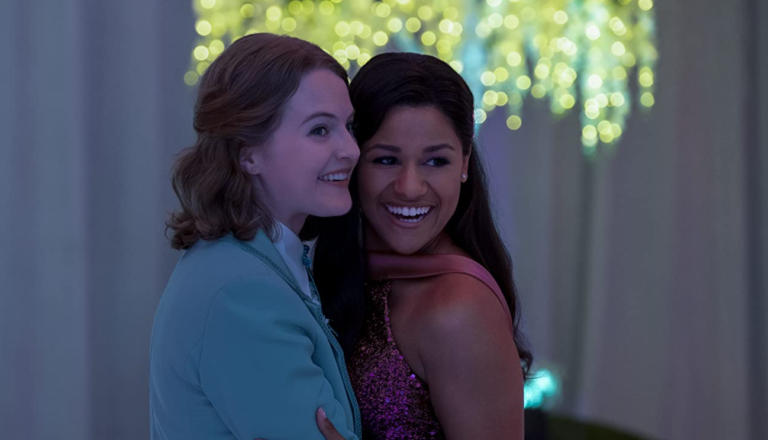 After the year we’ve all had, Netflix’s glorious musical comedy “The Prom” couldn’t have come at a better time, with its monster-truck rallies, narcissistic A-listers, young lesbian protagonists and inclusiveness that will make any Grinch’s heart grow three sizes.

Instead of being preachy about acceptance and loving each other no matter our differences – though it does boast of one foot-stomping gospel hoedown in a mall – “The Prom” lets its infectious jubilance and lovable irreverence do the job.

Check out the trailer:

The film hits Netflix on December 11, right on time for some much-needed holiday cheer.

Related Topics:broadwayhot-topicslgbtmusicalnetflicthe prom
Up Next